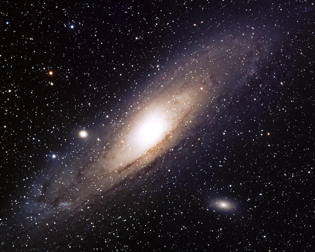 Eden Phillpotts said: "The universe is full of magical things, patiently waiting for our wits to grow sharper." Among the most seemingly magical things in the universe are PHOTONS. Without them everything would be black, and no heat from the Sun would reach us. Without photons in all their wavelengths, the universe as we know it would not exist.

One would think that something that important, and literally in our faces, would be fully understood. However, scientists cannot decide if photons are quanta particles, or waves, or both. There are many more unresolved questions about photons. We are far from being enlightened.

Einstein used the speed of light in a vacuum ("c") in his famous E=mc^2 formula expressing the equivalency of energy and matter. Even that simple formula has multiple perspectives, as I have discussed elsewhere.

It is the purpose of this essay to point to a possible resolution for these questions. I don't propose to prove my thesis, just to show that it may lead to a more parsimonious and elegant conception than others. Elegance without tautology or self-contradiction is a good goal for any theory.

It's human nature to see all phenomena in terms of the everyday dimensions we know. However, we are like all creatures, enjoying only a narrow spectrum of size, energy, and time.

Take size, for example: An adult human is about two meters tall. However, the universe of universes is approximately 10^27 meters large. In the other direction, the Planck scale is around 10^-35 meters. That's a total dimensional spectrum of 62 POWERS of 10. This dimensional range is greater than any everyday mind can grasp, so we retreat to math symbols.

Take density: The human body is 1.062 g/cm^3, or just over a gram per cubic centimeter. Water is one gram per cm^3. The average density of Earth is 5.515 g/cm^3. The core of the Sun is 150 g/cm^3. Stretching our abilities to mentally embrace extreme densities: atomic nuclei and neutron stars are in the range of 2 x 10^17 kg/m^3. The Planck density, where the force of gravity takes over, is up at 5.1 x 10^96 kg/m^3. Finally, seemingly impossible is the nearly infinite number of kg/m^3 for a black hole at singularity (which instantaneously thereafter becomes zero kg/m^3 at the "big bang" following.)

Where do photons fit into this hierarchy? There is disagreement as to their size and to their mass. It is generally accepted that their resting mass is zero. Photons must be something more than pure energy, but less than mere quanta.

There is a lot of cool science dealing with light waves, and this is where we will find our thesis. Think of waves in the ocean. Waves can propagate over thousands of miles following an earthquake beneath the seabed, as with the 2004 Indonesian event. Waves move, but the sea itself stays put.

Waves are energy events with crests and troughs, just like light waves in space. Ocean waves don't vary that much in their dimensions, but electromagnetic waves vary immensely. This difference doesn't really matter on an comparative basis. In this case, a change in size does not mean a change in type.

Of the four so-called fundamental forces, only two reach out at a great distance. They are (photon) electromagnetism, and gravity. On the other hand, if all four are fundamental forces, when does any force become fundamental over the others? It's like deciding which of four identical quadruplets, born by caesarean, will become the next hereditary king. We need to look not elsewhere, but in a different way, to find the true fundamental force.

The Wikipedia article, "Planck scale," talks about physics at the minus 35th meters dimension:

"The Planck length is related to Planck energy by the uncertainty principle. At this scale, the concepts of size and distance break down, as quantum indeterminacy becomes virtually absolute. Because the Schwarzschild radius of a black hole is roughly equal to the Compton wavelength at the Planck scale, a photon with sufficient energy to probe this realm would yield no information whatsoever." It goes on to say: "This is the most extreme example of the uncertainty principle, and explains why only a quantum gravity theory reconciling general relativity with quantum mechanics will allow us to understand the dynamics of space-time at this scale."

Any general theory worth considering must deal with all forces at all dimensions. Any lesser theory must be a derivative of the Grand Unified Theory. In other words, it is not enough to prove Einstein right using astronomical measurements of red shifts, clock distortions, and gravitational lenses. These are all macro phenomena. Nor is it enough to simply extrapolate from quantum effects at nuclear levels to the cosmos itself. We need both deduction and induction.

"Loop quantum gravity (LQG) is a theory that attempts to describe the quantum properties of gravity. It is also a theory of quantum space and quantum time, because, according to general relativity, the geometry of spacetime is a manifestation of gravity. LQG is an attempt to merge and adapt standard quantum mechanics and standard general relativity. The main output of the theory is a physical picture of space where space is granular. The granularity is a direct consequence of the quantization. It has the same nature of the granularity of the photons in the quantum theory of electromagnetism or the discrete levels of the energy of the atoms. But here it is space itself which is discrete."

That article continues with this: "More precisely, space can be viewed as an extremely fine fabric or network 'woven' of finite loops. These networks of loops are called spin networks. The evolution of a spin network over time is called a spin foam."

LQG differs from string theory because it is formulated in three and four dimensions and without supersymmetery and extra dimensions needed to make it true. This is very important in light of the recent demolition of supersymmetry. LQG is simpler, as its scope is limited to understanding quantum effects of the gravitational interaction.

As nice as all this sounds, there are multiple loose strings, if you pardon the pun. Finding THE answer involves both theoretical problems, and experimental difficulties.

I believe that the ultimate answer will be found within all the so-called fundamental particles, in the form of what we call gravitons:
Gravitons inside other particles are much smaller than even neutrinos, and below the Planck limit. They can express themselves as mostly energy, or mostly matter.
A number of coherent gravitons phase shifting toward energy emerge from particles as photons. This process also works in reverse, as photons are absorbed into particles, with apparent zero rest mass.
Gravitons outside particles could also act as circular strings, vast numbers of which could be linked to form the granularity of space. It may be better to describe these flows of gravitons as granularity in space, because space is both void and granular, not just a classical ether.

Perhaps we are hereby getting closer to a Grand Unified Theory (GUT), and to a Theory of Everything (TOE).

Here are some additional links:

Photon
What is a Photon: Particle or Wave?
Does a photon have physical volume or geometrical size?
Length of a Photon