In the history of ideas there often is a progression similar to historical dynasties in Egypt and China: First, there is the great thought, and then a period of theoretical fertility, followed by decay, and then transition toward a new paradigm.

The latest flavor in astrophysics is the mathematically clever idea that the universe we experience exists two-dimensionally on the surface of our universal bubble, and that the worlds we experience are holograms. Because the diverse formulations of this dubious inspiration are seductive like French perfume, there are some highly educated astrophysicists who actually think this stuff makes sense. I call this end-of-era concept the surreal paradigm.

Hawking's idea of information shredded, but not lost, inside a black hole's event horizon has served as inspiration for thinking about the universe itself as like the inner side of an event horizon. This analogy has multiple errors, which I have explained elsewhere.

Let us first briefly explain what is meant by this too clever idea of universal holograms. Then I will list reasons for it being in error. It can also be perceived as a high-tech return to Plato's Cave.

This surreal paradigm is from string theory with its multiple dimensions. Einstein's General Relativity introduced his two-dimensional sheets in spacetime, but he stuck with classical ideas. String theory is mostly composed of complex math, where what you imagine can be harmonized by theories reverse engineered to come to the conclusions you want. There is no way to verify this type of paradigm, except through the tautological math.

There are multiple sources that well explain the holographic universe idea for the layperson. Two of them are this one, and this one.

A hologram "represents a recording of information regarding the light that came from the original scene as scattered in a range of directions rather than from only one direction, as in a photograph. This allows the scene to be viewed from a range of different angles, as if it were still present." The key here is that a cosmic laser beam is employed, and it interacts with a flat recording medium on a cosmic photographic plate. The two-dimensional medium is what becomes our virtual three-dimensional reality. In other words, we don't live on the Earth; we live in and on Flatland far, far away. 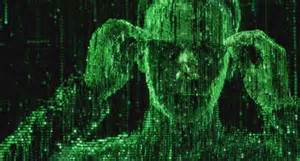 For the sake of brevity, here are some reasons why this surreal idea on a universal level is mistaken:

(1) Holography as we understand it is limited to what each laser projects. How can any "laser" interact with everything in motion, projecting everything in our universe in every direction?

(2) What could this laser be other than omnipotent Omniscience? If so, why would such a deity want his/her Creation to be a mere passive hologram?

(3) The question of holographic free will confronts us as an illusion, like the dead Michael Jackson hologram at a recent musical awards show.

(4) This paradigm is far too complex to satisfy the Law of Parsimony; nor does it bypass Kurt Godel's incompleteness theorem.

(5) There are more elegant explanations emerging from the next intellectual dynasty.

(6) I suspect that much of what has emerged regarding the hologram thesis is related to the publish-or-perish culture in academia.

(7) Supersymmetry is faltering from the failure of the Large Hadron Collider to find a number of supersymmetric particles, and from a recent Harvard/Yale physics experiment that casts doubt on the electron's assumed anti-particle.

(8) With 10^500 possible universes in M-theory, and one hologram universe for us, it is difficult to mesh them all together.

(9) How did this surreal universe begin, and how will it end in any way that makes sense?

(10) How can holograms projected many billions of light years away find each and all of us exactly?

(11) How can such holograms make it here without being distorted and filtered by the intervening universe?

(12) How can random events, and the existential power we have to change our destinies, be programmed from billions of years ago?

In summary, let's flee from the surreal cosmological, returning to the basic laws of physics and philosophy. As Carl Sagan said, "Somewhere, something incredible is waiting to be known." It's not the surreal holographic universe paradigm. It most likely is the Graviton Theory of Everything.