Stephen Hawking in his early twenties teamed up with another cosmologist, Roger Penrose, to announce that the universe as we know it is not in steady state. It is the product of a big bang explosion from a point-like singularity. Just a few years later the cosmic microwave background was discovered, which confirmed their theory. Hawking who was just coming down with a terminal disease, ALS, properly became a scientific celebrity. 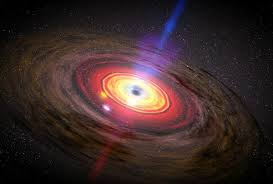 Penrose had run Einstein's equations backward, which led to a singularity. Hawking went from there to show how the universe is not in steady state, but had an explosive beginning at a singularity, or point. (In 1988 Hawking modified that idea in his A Brief History of Time, saying that there was no singularity at the beginning of the universe, because General Relativity breaks down below the Planck time, i.e., at levels not far from the size of gravitons.)

Hawking's limited theory led to an overreach against the steady state. The formula E=mc^2 essentially confirms that energy and matter are equivalent. Einstein had rephrased the Law of Conservation of Energy and Matter. The steady state theory for our universe also had this Law at its heart. So, who was right? Answer: Both theories are right, depending on your perspective.

Whereas the steady state theory saw an infinite oscillation among formation and destruction of universal structures, Hawking saw just the formation, at least for the foreseeable future. He had the opportunity to incorporate into his thesis the universe of universes, of which our bubble-like big bang environment is just another member, but he did not.

Specifically, there is energy and matter going into the pre-big-bang singularity. From where does it come? If not from an omnipotent God who could create something from nothing, then it needed to come from a previous universe, or universes. It is an easy and logical step to move toward the idea of a multiverse. If so, then it is easy to move to the idea of a steady state among all universes, even when individual ones are experiencing big-bang consequences. Therefore, both theories are logically right. It's all about your relative perspectives.

In 1974 Hawking, with his ever sharp mind in an increasingly frail body, came up with the idea of Hawking radiation from event horizons, thanks in part to two Russians already having thought about it. Very briefly, his idea helped to merge classical General Relativity with quantum theory, respecting the 2nd Law of Thermodynamics. He said black holes leak information/energy at their event horizons due to quantum effects. That means that ultimately (for supermassive black holes, billions or trillions of Earth years hence) they would evaporate.

Hawking published a paper in January of 2014 questioning the very existence of black hole event horizons. His short paper tries to resolve the firewall paradox. Briefly, he acknowledges there are black holes with "apparent horizons but no event horizons behind which information is lost."

If we back away far enough from any event horizon its fuzzy nature looks sharp. That is why event horizons seem to have integrity when observed indirectly by the best radio telescopes. Matter zips around outside the event horizon, and we will see nothing within the horizon itself. It would look black. Therefore, from a sufficient astronomical distance what does not precisely exist "up close," does exist.

As for the loss of information when an object goes within the event horizon, it is now recognized that a smooth General Relativity ride straight to the stationary core of the hole does not exist. There are quantum firestorms tearing apart the captured object. However, Hawking in his latest formulation seems not to worry, stating that even though the form of the energy changes, it is unitary until it escapes.

I find this idea somewhat strange, because we are equating deterministic ordering with chaotic disorder. However, it does make some sense if we back off sufficiently to see that the number of units could be the same with order or disorder, which seemingly blends negentropy (order) with entropy (chaos).

Perspective shifting is an odd medicine for perceiving theoretical difficulties. Heisenberg was one of the founders of quantum theory, since he said that an observer can see either the speed or the position of an object, but not both at the same time. The very act of observation affects what we observe, and thereby our understanding.

Here we get into the realm of anthropocentrism, where the observer injects himself into the physical phenomenon with observation of said phenomenon. On the other hand, if we mentally back away from observing quanta, we can see that General relativity and quantum theory can be unified. Given that, we have opened the door for a new physics based on gravitons and their behavior within relative space.

A final observation in this essay: If it takes hundreds of billions of years for a supermassive black hole to evaporate, then how do we justify saying all of the universe started out less than 15 billion years ago? We can assume all components were created after our primal explosion, but we cannot prove it. Human DNA retains a lot of so-called junk from previous species. We don't need formerly essential DNA to be human.

Similarly, the universe that we know did not require all residual mass making it into our big bang's black hole to create the critical mass preceding its singularity. Residual ancient gravity centers of various masses subsequently formed attractive islands in space around which new galaxies could form. Likewise, much of what we call dark matter could be leftovers from previous universes inhabiting our space in the multiverse.

Everything makes sense with the summation of multiple perspectives: explosive and steady-state, absolute and relative, quantum and classical. It is time for physics and cosmology to move from name games toward a unified understanding. Given a correct mature theory we can explain the past, better understand the present, and predict with greater precision the future.