UFOs: What We Meet

As we Earthlings prepare to journey to Mars and beyond to Europa, barely more than a century after we first learned to fly in airplanes, it is proper to look at our own history as a model to see what is likely ahead.

Astronomers are now compiling a tantalizing list of "near" stars with rocky planets in their Goldilocks zone. New space and land instruments coming soon will help us detect spectra of these planets, identifying water worlds. So far we haven't detected signals of advanced life with radio telescopes, but that effort is ongoing.

The real question is to what level of intelligence life has evolved in our region of the Milky Way. On Earth primitive unicellular beings have existed for more than a billion years, and life on dry land has been crawling around for about a half-billion years. Nevertheless, modern humans are extremely recent emergents, less than 200,000 years ago. That's like one heartbeat in our planet's lifetime. Technologically advanced human life is only here within the lifetimes of older humans now living.

Today we have big data, but not yet "big understanding." Henceforth, computer philosophers emerging as boxy comphumans will arrive in about twenty years. Android comphumans like "Data" will be with us in a century or two. It is fair to hypothesize that advanced life elsewhere has followed a similar trajectory.

There have been enough credible reports of UFO visits that rote denial of alien visitation is itself more fringe than simple curiosity about this recurring phenomenon. Surely, most UFO sightings are erroneous; but there are enough reports from pilots, military men, and others with a scientific pedigree to warrant further study. Indeed, both astronauts Gordon Cooper and Dr. Edgar Mitchell (who walked on the Moon) have been strongly supportive of this phenomenon.

It was easy to poo-poo UFOs when we comfortably assumed we are alone in the nearby universe. New astronomy suggests otherwise. Given enough planets with life forms in our region of the galaxy, it is increasingly probable that one or more water-based creatures has evolved to a social level where these beings may choose to check us out. As for other life forms even more exotic, or distant, we cannot exclude them absolutely.

One aspect of visitations that has amazed people experiencing them is the ability of unidentified flying objects to radically change course at high speeds. Another aspect of some encounters is possibly a variation on the same technology: Aliens having a translucent appearance, sometimes vanishing instantly, have been reported. Are we witnessing some sort of holograms generated by the real visitors? 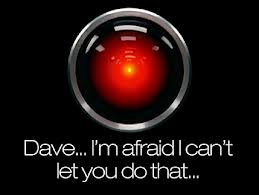 Real visitors we directly encounter may be their version of comphumans, with their planet's water-based sentient life forms going along for the ride. The movie 2001 imagines our early man-machine space partnership on a journey to Jupiter. In that case HAL developed an agenda antithetical to that of the carbon based space men. True alien partnerships will be quite different. 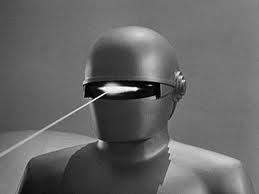 I have written extensively about comphumans for decades, in books and articles, all of which is found in my astronomy-links.net web site. My conclusion is that our fears of evil space monsters are likely a projection of our own killer ape genetic history. It is precisely because our computer philosophers will not be burdened with a limbic system shaped by a bloody evolutionary past, that they will be free to be ethically benevolent. The same ethical logic that applies to human-created comphumans will similarly apply to exo-comphumans.

We humans are clever at finding ways to self-destruct, and thus to accelerate our extinction as a species. Even a benevolent intervention may not be able to stop our suicidal downward spiral. Such a dark future for humanity is obviously speculation, but not logically excludable.

Let's hope that shared wisdom from our co-inhabitants in this region of the Milky Way will help us successfully bridge the gap between fear of each other, and mutual respect for all within a sustainable biosphere.