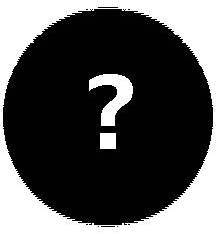 After admitting that he was partially wrong for decades about the nature of black holes, Stephen Hawking now says black hole vortices don't destroy everything taken inside their event horizons.

As an amateur astronomer, I enjoy looking at deep sky objects whose light has taken thousands or millions of years to reach my pupil. Some distant galaxies visible only to professional instruments are no longer in existence, assuming we could instantly travel there. The same would be true in reverse for any alien astronomers looking at us from an equal distance. For them, inside their time frame, we would not exist in their "today."

Whereas nobody ever will literally see inside a massive black hole's event horizon, this does not mean that information cannot be deduced about the inner workings of each massive black hole. Already we know a lot about the multi-million solar mass black hole at the center of the Milky Way. We can observe stars and gas in its proximity rapidly revolving about the unseen greater mass. By comparison, a small number of galactic black holes create information-rich signatures as they gobble up chunks of their neighborhood.

When two galaxies merge their respective supermassive black holes will also eventually merge, creating more information for earthly instruments to detect. The most illuminating example of active black hole neighborhoods appears to be quasars, which can be seen at several billion light years' distance. One quasar in Virgo is over two billion light years away, yet it is bright enough to be seen with modest amateur telescopes. I have seen another quasar with my 16-inch reflector that dates back to just before our solar system formed. It's thrilling for one's retina to be directly stimulated by photons that began their journey before our star and planet formed.

Our strongest "instrument" for visualizing black holes is the mind's eye, aided by whatever data we can collect. Theories are produced and modified as data and thought interpenetrate. Hawking's new theory seems to be a mixture of new data, new math, and creative reflection. As Newton implied, we are all small people standing on the shoulders of giants. But it also helps to have space platforms, giant telescopes, digital sensors, and computers.

The Universe as we see it is controlled and defined in a General Relativistic way as Einstein imagined it, though it may also be defined by other forces only implied by General Relativity, such as the Cosmic Constant. I, for one, belong to those who like to believe in multiple universes, almost like adjacent balls filling a large container - some expanding, some contracting, and many interpenetrating. It is quite possible that gravity and dark energy travel among universes. Each "universe" is a subset of THE Universe, which could actually be infinite.

I hesitate to use absolutes, such as infinity, because there is no way for finite creatures to measure, prove, or disprove an infinite cosmos. At best we can hypothetically apprehend much of our own universe, and maybe eventually get hints of adjacent universes. Whenever we think about THE Universe we are close to entering the world of mystical metaphysics, an intellectual abyss. It is better to simply and elegantly think of trans-universal distances as if they were infinite. The key words here are "as if." That honesty keeps us within hypothetical logic, and avoids seductive metaphysics.

Before we look inside black holes it is important to distinguish black holes from singularities. Strictly speaking, a singularity occurs when matter is compressed to where its diameter is zero. The law of gravity shows that gravitation approaches infinity on the surface of the mass at the center of the black hole as its diameter approaches zero. When the diameter and volume actually reach zero, through gravitational implosion, there is no more "surface," and the attractive force of gravity is also zero! All that trapped energy is immediately transformed into an explosive force, which we know as a big bang. This is the ultimate Yin/Yang event.

Big bangs are not common. In our cosmic neighborhood there has only been one singularity within the last 13.7 billion years. On the other hand, black holes are very common. It is an error to think that the center of a black hole is a singularity. At the center is a small and extremely compressed substance where even atoms are destroyed; but it does not have zero dimensions. Black holes can form from individual massive stars, or inside massive galaxies.

Their principle is the same: The radius of their event horizon is a function of central mass. The greater the central mass, the greater is the radius of the event horizon. The event horizon is characterized as the distance from the small center, inside of which not even light can escape its gravity. Just as atoms are mostly empty space beyond their nuclei, massive black holes are mostly space occupied by captured energy and matter that cannot escape. Some of this mix will find its way into the central location, and some will continue to revolve around the massively dense core. So how does this relate to Hawking's new theory?

Massive black holes can exist for hundreds of billions of years. That's plenty of time for most of their captive contents to be incorporated into the core. Still, some of the "data" could eventually escape in forms more detailed than the Hawking radiation as originally conceived, providing enough information to conform with his current ideas. This escaping is because quanta just inside the event horizon can accelerate outward faster than the core can force them to accelerate inward. Importantly, quanta can launch at geometric odds with their orbits which are in perpetual revolution around the core, and within the event horizon.

Quiescent black holes are nearly perfectly spherical, and their contents are in virtual equilibrium, leading to little escaping of information. Occasionally a black hole will gobble a large meal, and until that meal is orbitally stabilized the shape of the event horizon loses its spherical shape. In orbital asymmetry, with asymmetrical event horizons, there is more opportunity for energy/information to escape. Stellar black holes appear to have event horizons too close to their core to allow much revolving of captured contents. If there is, the orbital dynamics would be so extreme that even nuclear components would be destroyed. Therefore, Hawking's early radiative theory should apply to all black holes; but his latest theory of mangled information retrieval should apply to information escaping from just within the event horizons of supermassive black holes, not close to their cores.

Recent discoveries of large spiral galaxies forming soon after our Big Bang seem to challenge the hierarchical theory of galaxy formation. However, the paradox is pierced if you hypothesize that the black holes at their galactic cores are actually survivors from previous local universes. Indeed, because a supermassive black hole can last for hundreds of billions of years, it follows that such an object could accrete and anchor sequential galaxies within sequential universes. If this process neatly repeats itself, then it would appear that the laws of physics are not completely reinvented with each big bang.

The Milky Way has recently been identified as one of the earlier galaxies. It is possible that the singularity at the center of our black hole predates our current Big Bang universe. If "our" singularity was just sitting out there beyond the Big Bang explosion itself, a galaxy could have formed quickly, only later growing and maturing according to previous models of galaxy formation. Because such singularities can persist for many billions of years, the core of our Milky Way could also predate previous big bang universes. This scenario points neither to infinite regression, nor to infinite progression; but it's a lot deeper than the 13.7 billion years of our known universe's existence.

It is hard to estimate the age of a massive black hole. It is also possible that our Big Bang could have created multiple black holes, and this alternate scenario is one acceptable solution to the presence of black holes in ancient galaxies such as the MW. Still, the original suggestion of pre-Big-Bang black holes remains viable, even if our own Big Bang created black holes.

Another emerging science is mapping the cosmic microwave background, as seen through its surface of last scattering, including its peaks and valleys so to speak. The picture we see is from the juvenile universe when light first escaped the plasma. Critical to our very existence is the presence of gravitational irregularities. If irregularities did not exist, and the background was isotropic, the universe we live in would not have created galaxies, and then stars and solar systems. One strong explanation for these gravitational irregularities could be the presence of pre-existing black holes of various sizes "out there" distorting and shaping the form of the original expansion shortly before that light became visible 379,000 years after our Big Bang.

Space-time as we know it is OUR space and OUR time. Black holes could transit/persist from one space-time continuum to another. Nobody has conclusively proven that ALL of a previous universe must have collected at precisely one point, at precisely one time, to make a big bang. Perhaps there is a critical mass for big bang events from singularities, beyond even supermassive black holes, but certainly much less than the total mass of a "universe." Here is an interesting physics problem, analogous to what it takes for a white dwarf to become a Type I supernova, but of course on a different scale. The difference is we can see and measure supernovas, but not yet big bangs. Our space-time universe is thus both a womb and an observational tomb, unless studies of gravitons and other exotic phenomena point to probable interpenetration among adjacent universes.